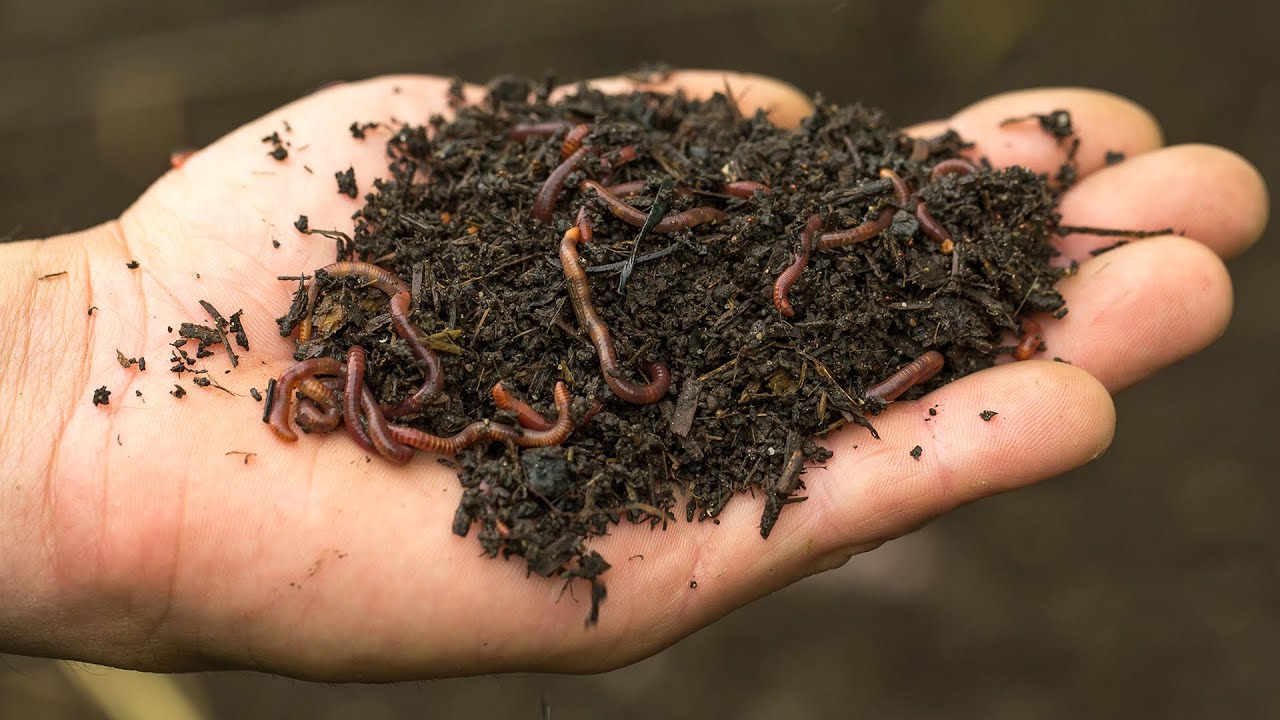 Worm composting, or vermicomposting, uses worms to recycle organic and natural matter into high-quality compost. The worms will eat your food scraps, turning it into compost as it passes through them. After the worms have finished digesting the scraps, they poop out what are known as worm castings or vermicast. These worm castings make excellent organic and natural fertilizer for your garden. Vermicomposting, also called worm composting, is the process of having worms eat natural material, such as vegetable and fruit peels, and then break it down through digestion. After the scraps move across their system, they excrete it in what’s known as worm castings. Before you get grossed out, know that those castings are rich, nutrient-dense materials that can turn soil into a paradise for plants. (It’s often known as black gold!) To have the process started, all you need to do is fill the worm’s bin with a variety of food scraps (green and brown) and “bedding” such as shredded paper, cardboard, straw, hay, dry leaves, dirt, or wood chips.

Creating vermicompost is a way to repurpose organic and natural waste rather than tossing it out. Food waste currently accocunts for almost 25% of landfills in the U.S. (where it emits harmful greenhouse gases), so finding other uses for this is essential.

By returning food and plant scraps to the earth, you’re developing a closed-loop system of organic nutrients, and the resulting natural fertilizer is super beneficial for plants and microorganisms.

Chemical fertilizers or pesticides can be detrimental to soil health and wildlife. Worm castings area all natural way to revitalize areas where soil has been overused or lost nutrients.

Worm composting is fast becoming just as popular as standard composting. Especially with young city dwellers because of how easy and efficient it is. The benefits associated with vermiculture are:

Check out some of the worm composting benefits below…